Have you tried the Chanel Les Eaux collection? Originally released as a collection of three fragrances – Paris-Deauville, Paris-Biarritz and Paris-Venise, this summer we were introduced to the Côte d’Azur influenced Paris-Riviera. The fragrances are characterised by a lighter style in an Eau de Toilette concentration.

Paris-Riviera was released without a huge amount of fanfare due to its more exclusive positioning and limited distribution. Ostensibly, there isn’t a huge amount riding on this release unlike the pillar fragrances such as Gabrielle and flanker Gabrielle Essence with its associated advertising campaign featuring a very pristine looking Margot Robbie.

These days I don’t often buy perfume impulsively, primarily due to the fact that the obsessive compulsive addiction phase is now behind me and thankfully my madness has settled into a more selectively choosy phase. However on occasion I still make an impromptu purchase and Chanel often tempts me with a new release. The quality of the fragrances is uniformly high and the bottles are some of the best in the business; simple and sleek without a lot of fuss.

Let’s not forget that this is one of the world’s most successful and aspirational perfume brands so it’s always interesting to see what directions they are moving in. That doesn’t mean to say that I have been that impressed with some of their recent creations. Gabrielle was a disappointment although the more intense Gabrielle Essence is an improvement with a sunlit glow of intense golden flowers. 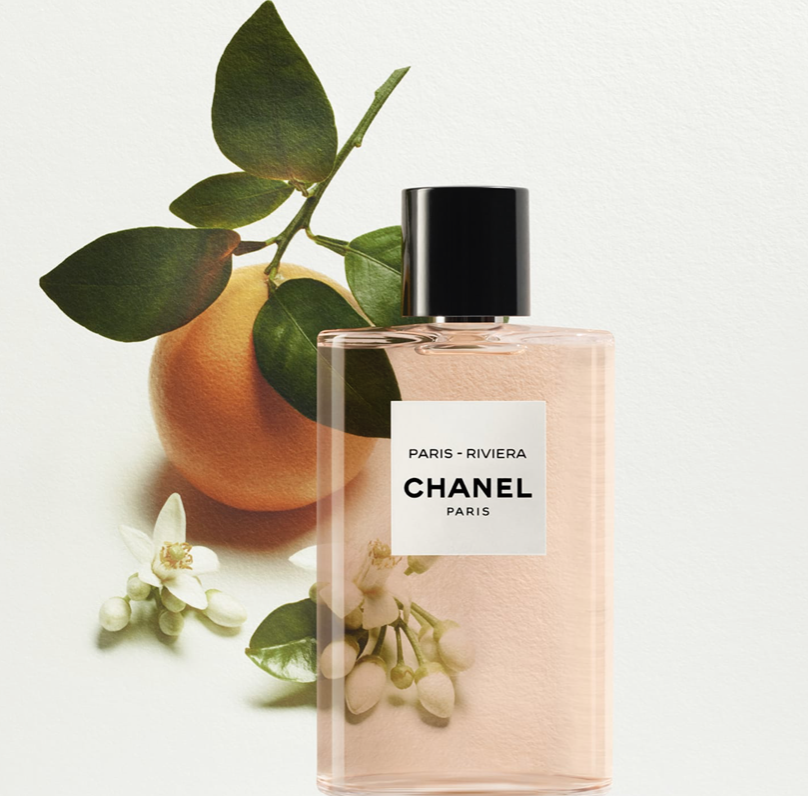 The Low Down : A glowing Chanel perfume that uplifts and refreshes summer moments.

Les Eaux fragrances are inspired by Coco Chanel’s connection to a place through travel and in this case the link is La Pausa, Coco’s home in the French Riviera that was completed in 1930 with architect Robert Streitz. The villa largely took its inspiration from Aubazine, the orphanage where she spent her childhood. In 2015 Chanel (the company) purchased La Pausa to reclaim it as part of the heritage of the brand.

To put it simply, Paris-Riviera is a blissfully uncomplicated summer fragrance that smells fresh, floral and slightly bitter at times. The vibe is carefree with the glisten of champagne accompanied by a refreshing orange and neroli bite before transitioning to a deliciously smooth, fluffy benzoin and sandalwood dry down. There is a sweetness that comes to the fore time and time again tempered with a tinge of aromatic bitterness. The only drawback is the longevity but really this isn’t a huge worry as the scent is presented in a giant 125ml bottle, ideally suited to trigger happy summer spritzing. The scent does last for more than two hours though and to be honest I am not necessarily looking for performance from an ethereal style and in fact it does have a tenacity of sorts, cutting through the heat to leave a lovely soft trail of deliciousness.

Paris-Riviera really feels like a Chanel fragrance, it has beautiful materials as expected, albeit with a lighter frame and manages to conjure the sunny coastline of the Côte d’Azur.  As someone who spent most of the summer in the French Riviera I can attest that the scent is beautifully manifested in the local environs,  like a fizzy champagne on a hot summer’s evening.

For where to purchase : Please see the Chanel website. On the French site the 125ml bottle is priced at 112 Euro

Disclaimer : Perfume purchased by myself and opinions my own

We'd love to hear your thoughts and opinions, so don't be shy ... Cancel reply

This site uses Akismet to reduce spam. Learn how your comment data is processed.