So here I am writing about a fragrance event I attended  a couple of months ago. This is Part One of the report, as I’m splitting this into two parts as it is a longer piece than I usually write, so make sure to come back for Part Two that features videos from Day 3.

I have been to a few memorable perfume shindigs but The World Perfumery Congress (WPC) was rather special and an illuminating experience. This was my first opportunity to attend the conference which alternates between France and the United States every two years. This time, the congress was held in Nice, fortunately a hop, skip and a jump from my home base. The next session will be in Miami which I’m sure will provide a completely different backdrop of entertainment, parties and some State side  style.

The congress essentially is a forum for anyone involved in the perfume world  to come together, do business and network. It’s an opportunity to get a glimpse of the new materials from the large flavour and fragrance companies, the smaller manufacturers and also the chance to listen to well-known perfumers and others in the industry. The WPC is a forum where you  hear about trends and issues facing the perfumed world.

The organisers had an app to facilitate scheduling and to see the list of exhibitors. I’ll be honest and say that I did not go to everything I wanted to by a long shot. Alas I had to work in the mornings so couldn’t get to the perfumer sessions that I really wanted to see.

WPC has a very different ambience to the trade shows in Italy, such as Esxence in Milan and Pitti Fragranze in Florence. The first thing you notice is that it’s rather quiet inside, and the congress doesn’t seem as ‘showy’ as the afore mentioned Italian shows. The other difference is the large fragrance companies have serious money to invest in great looking stands with an abundance of staff on hand to take you through the newest materials and accords. There isn’t much in the way of an overall theme or design of the space though, unlike the Italian shows. The ambience is pure lo-fi business style. In this sense it’s a little less impressive, however in Italy the focus is more on the artistic so there is a big difference.

Here is my report on what I saw and smelled across the three days, so let’s get started.

Photo : Pissara Umavijani and myself taken in the Givaudan photo booth

Day One : First up while entering I bumped into Pissara Umavijani from Parfums Dusita so we had a quick lunch together. It was her first time at the congress too and we ended up smelling some incredible materials together on the final day.

Then it was time to hear some speakers. The first talk I heard was from Saskia Wilson -Brown from Art & Olfaction. She spoke briefly about the reworked L’Iris de Fath  from Jacques Fath and how this project, for her, actually emphasised the lack of transparency in the perfume industry. What is the original formula? Where is the formula? How do we know that what is presented is the original formula? She said there were very few structures for protection for perfumer’s work and their formulas. Her Art & Olfaction institute is now working on creating a culture of public ownership within the fragrance community.  She aims to put formulas on public record. It will be interesting to see what happens in this space.

Next up was Calice Becker, a perfumer whom many of you will recognise through her body of work. She has signed multiple By Kilian fragrances but her biggest blockbuster has to be J’Adore from Christian Dior. She was speaking on behalf of the International Society of Perfumer Creators (SIPC). This organisation exists to spread the word about perfumers, to help define the profession, but also to protect it. Did you know that a perfumer is not a recognised profession in France? It’s also estimated that there are fewer than 1000 perfumers in the world. I’m not sure how they classify a perfumer, as I suspect they take the line that you must have been trained at a perfume school to be a perfumer. Becker talked about the long, intensive training of a perfumer and that they also need to be biologists, marketers and chemists. Perfumers need to be aware of sourcing and sustainability too. 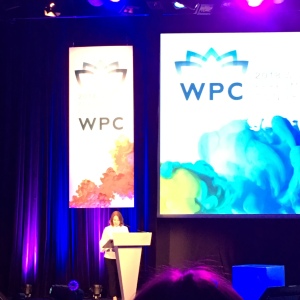 The society would like to develop a new foundation for perfume in Paris. The Osmotheque potentially would be housed here too, as one of the problems with its location in Versailles is that it not sufficient professionals visit. If it were located in Paris it could be a forum for the great work and the collection housed there, as well as making it a centre where workshops and classes would be held. Now that the Le Grand Musée du Parfum has closed there is a more urgent need for this development. I for one am very excited about the prospect. However they need significant funding to make this a reality.  Let’s hope this can be leveraged.

That evening I attended a Firmenich party on the stony beach on the Promenade des Anglais that was chocka full of well-known perfumers such as Olivier Cresp (Light Blue, Angel, Black Opium (co-signed), Juniper Sling, Midnight Poison) and Alberto Morillas (CKOne, Acqua di Gio, Gucci Guilty Absolute, Gucci Bloom, Flower by Kenzo, Vanilla 44 Paris, Mugler Cologne, Byzance, M7 … ). I did have to pinch myself a few times. Jeremy Fragrance was there too and we talked briefly about his plans for the future and his desire to start his own fragrance line, a logical step for him, especially since he already has a large following. He met his perfumer there and Alberto Morillas is his pick. 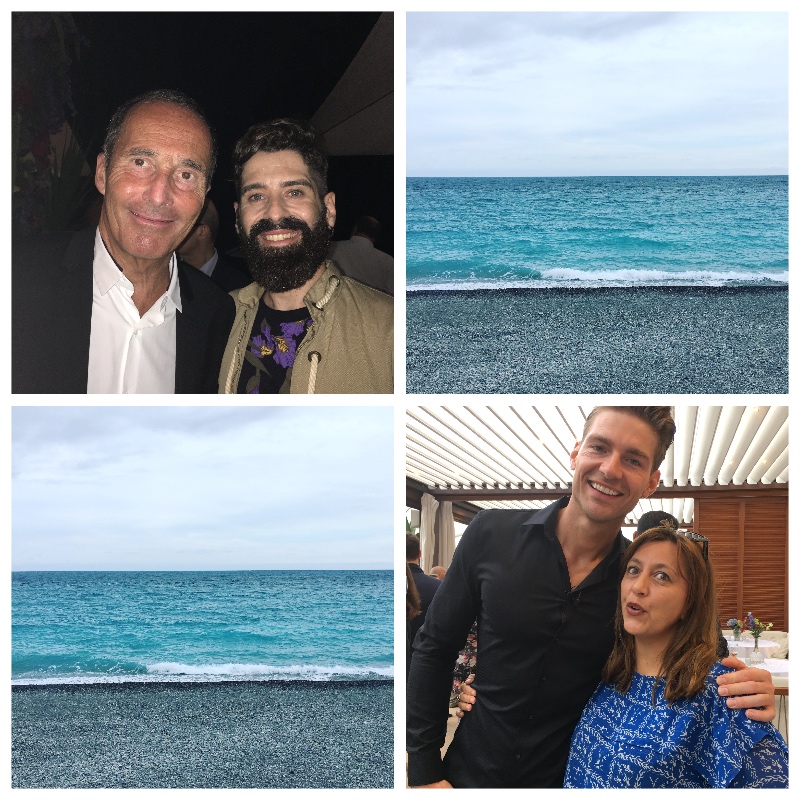 Photos : Olivier Cresp and Miguel Matos, Jeremy Fragrance and myself.

Day Two : Work called for the morning so I made it to the conference after lunch.

The first session I was able to attend focused on perfume retailing entitled Fragrance Industry Opportunities to Create Value in Retail by Maruizio Volpi, President of the Givaudan  Fragrance Division. The focus was not just on fine fragrance but on the opportunities for the entire fragrance product market.

The Seven Opportunities To Create Value were noted as :

Niche 2.0: The Future Of Niche Perfumery : There were some bright spots in this talk by Eddie Bulliq, presented in a more academic style than other sessions, which made a change from the business perspective. He talked about different positionings in a historic sense, the growth in the ‘niche’ fragrance category and the different narratives expressed. Eddie discussed the rise of Instagram as helping the category grow.

The panel discussion Future Proofing The Industry was up next. This was for me was one of the best talks at the show I managed to see. There were Senior Fine Fragrance Execs from Givaudan (Felix Mayr-Harding, Global Head of Fine Fragrances), Firmenich (Jerry Vittoria, President Fine Fragrance Worldwide), IFF (Dionisio Ferenc, Global VP Fine Fragrances) and Symrise (Ricardo Omori, Senior VP, Global Fine Fragrance) up on stage together. I assume this is a relatively rare occurrence, in a public forum.  Dionisio Ferenc acknowledged the importance of Frederic Malle‘s decision to bring the perfumer to the fore by displaying the name on the bottle.  They acknowledged the trend of artisan perfumery and the great work that is done within this sector. They said they are also interested in colloborative models.

The IFF representative showed just how large the opportunity is for fragrance, some may find this a little scary even, but it shows that there are more moments that can be fragranced than we imagine.

“We cannot stop to breathe and that is  20,000 opportunities a day to innovate, to bring products, to do it in the right way”. (Dionisio Ferenc)

That evening I was fortunate to be seated beside perfumer Patricia Nicolai at a dinner and she talked about her involvement with the Osmotheque and how she supports the proposed developments in Paris. She also was happy to discuss her stores and new perfumes too.

Come back to read the Day 3 Report that includes videos as well, where you can hear from three perfumers attending the WPC including Patricia Nicolai.

Notes // All photos Megan In Sainte Maxime except for Givaudan photo booth.