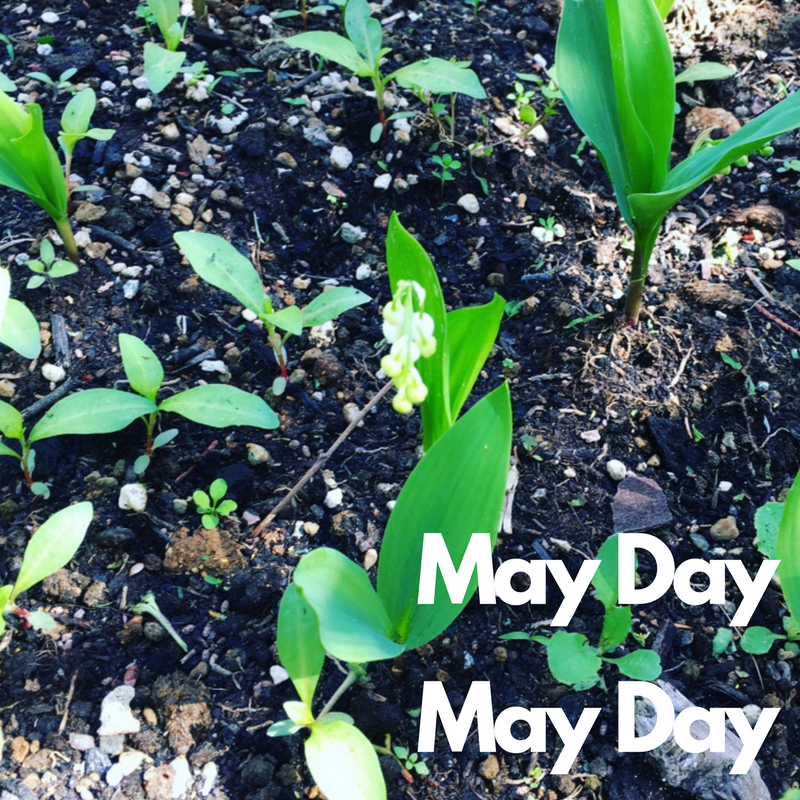 This is a post that I had planned for earlier in the week but my house moving completely took over my life. There was a lot of physical labour involved from dawn to the early hours and a fair bit of angst over what to keep or throw out. It’s incredible how many useless gadgets you acquire in a few years. Sorting through the perfume was a bit of an eye opener too and I really need to have a sale. I want to keep my favourites and the few classics I have but some of the others may need to be moved on.

So this week we had the May Day / Labour Day celebration in France. I’ve posted about the day a couple of years ago and there’s a strong link to lily of the valley or muguet as it’s called in France. King Charles IX is the link here and legend reports that he received a muguet in 1561 as a lucky charm and subsequently offered the flowers to the ladies at court. Today the tradition continues but has spread far and wide and now the flowers can be sold tax free on May 1 and sellers are out early plying their wares.

Do you have a favourite muguet perfume? I struggle with the scent in perfumery I admit, we just don’t see eye to eye although

If the muguet comprises a smaller part of the composition, this tends to work much better to my nose. Support actor vs the main star so to speak. It’s widely accepted that Edmond Roudnitska‘s Diorissimo is the gold star perfume in this genre (vintage of course) and speaking of the famed perfumer, last year I was lucky enough to see the emerging blooms of muguet in what once was his home, now passed onto his son, Michel. It’s a perfume mecca nestled high in the hills above Cabris, situated near Grasse and you can read about my visit here.

There are a huge range of muguet perfumes out there. From the cheapie Muguet En Fleurs from Yves Rocher, which is a bit of a surprise as it’s better than expected. It is housed in their eau de toilette range and there are a few nice discoveries in there worth checking out including Un Matin Au Jardin Lilas Mauve. Dusita has the award winning floral Mélodie de L’Amour that I know has a lot of fans and the muguet is nestled in the blooms of other flowers but is quite strong. Recently I tried indie perfumer Dawn Spencer Hurwitz’s French Lily and was rather taken with this homage to the May Day flower and is  probably my favourite take to date. No doubt because it’s not always centre stage and it has other materials that come to the fore from an earthy facet to a salty brine. By the way if you haven’t tried any perfumes from Dawn yet, you really must, she creates beautiful work. I also met her a couple of weekends ago in London which was rather fantastic. She is larger than life and very friendly and welcoming.

What are your favourite muguets? Let me know if you’ve tried something stellar.

Notes : Images  Megan In Sainte Maxime and the featured photo is the lily of the valley from the Roudnitska gardens taken last year.

7 thoughts on “May Day Muguet”