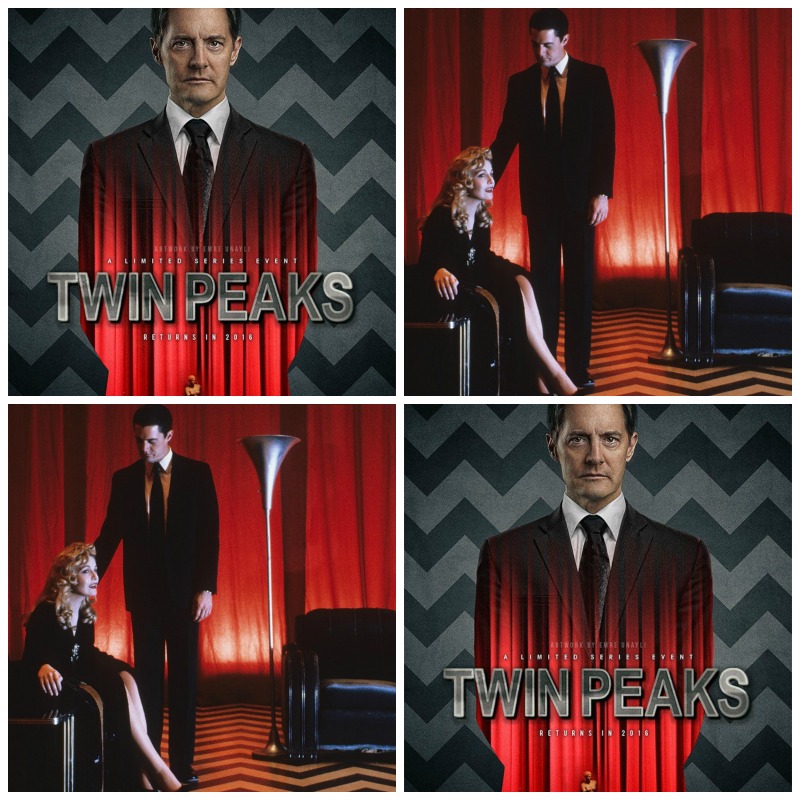 One of my first posts on this blog concerned the Twin Peaks comeback that  unfortunately was not to be. Now I am raising a glass in celebration as a new series has come to fruition and is finally here. This show was one of the best things to see on the box in the early 90’s. The winning combination of soap opera, murder mystery, drama and comedy delivered in a kitsch style along with existential dream sequences and the incredible pitch perfect music by Angelo Badalementi meant this was appointment viewing (back when there was such a thing). It really felt like we were watching something revolutionary, deranged even.

I’ve been viewing it again to get in the mood.  The memories have come flooding right back, not only about the show but also back to my much younger life.

Who Killed Laura Palmer? The log lady. One Eyed Jacks. The glorious Agent Cooper. All of those gorgeous women.

Twin Peaks unfailingly made me hungry too. Cherry pie, doughnuts and coffee. To be honest whenever I see one of the above food items or a small forest town I still think of the series. Back then I bought the videos, The Secret Diary of Laura Palmer and was at the cinema tout de suite when Fire Walk With Me (the Twin Peaks movie) came out. I was a little obsessed. Of course the perfume counter where Laura Palmer worked now takes on more significance too.

What has happened watching the series again after all these years is that the characters I once thought were so grown up, now look so young which is well you know, a sign of the times. The intrigue is still there and I love the mix of crazy characters and may have already mentioned the music that sets the scene so perfectly it’s nearly obscene.

David Lynch is an auteur and was the first to bring a cinematic experience to TV. Anything slightly offbeat that we now see today on television owes a debt to this series.  A multitude of directors and creators have been inspired by Lynch and I wonder if he’ll be able to pull off his own oeuvre better than others have done in recent years.

A mix of old cast members (yes to Agent Cooper) and new will feature in the Twin Peaks 2.0.  I’ve been following the teasers of the new show and am pretty excited although comebacks can sometimes be a disappointment. Here’s something to get you in the mood.

Is  anyone else geeking out about the new Twin Peaks? And please leave a comment if you’ve seen the first episode of the new series.