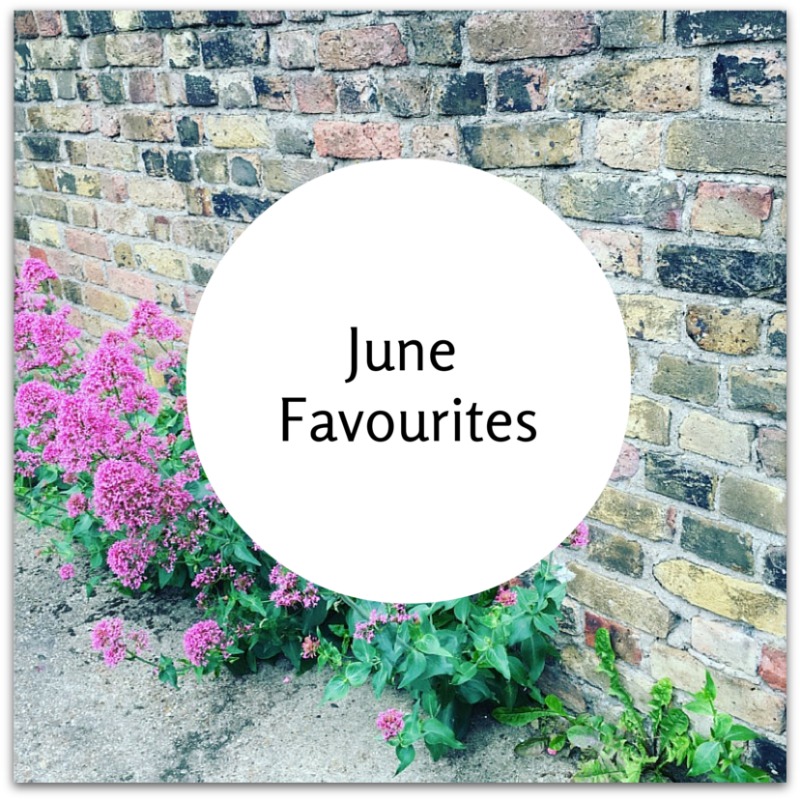 It’s getting hot in here. Summer has arrived that’s for sure. My town overflows with people and life becomes more colourful and upbeat. A lot of the locals leave for the mountains in summer to avoid the heat, crowds and traffic jams but I like the extra buzz myself.

It’s been a weird week with Brexit and I still can’t quite believe what came to pass and the soul searching that a lot of Brits are going through. Now what remains is uncertainty. The search is on for the next Prime Minister and the Labour Party is in disarray. The recent terrorist attacks in Istanbul, Dhaka and Baghdad are also on my mind and are such a waste of human life.

Now on a much lighter note here are a few favourite things from June.

TV : You always know when you like a series if you watch it in record time. I stayed up really late to watch Bloodline on quite a few evenings and whipped through two seasons probably a little too quickly.  Bloodline is a dark tale about the Rayburn family in the Florida Keys (and that setting plays a large part in the appeal) that starts off with the return of wayward Danny to the family fold. He’s played by Australian actor Ben Mendelssohn and is absolutely fantastic. The rest of the cast is stellar with Sissy Spacek, Sam Shepard, Kyle Chandler and Linda Cardellini rounding things out. Admittedly Season One starts slowly and it took me a while to get into it, but once it grabbed me it was game on. Season Two verges off to the deep end and may have gone a bit OTT but I just ended up wanting more anyway.

I watched the first season of Outlander and rather liked it, although it is by no means a top shelf drama. Claire Randall (Catriona Balfe) is a nurse living in 1945, on a second honeymoon with husband Frank when she is mysteriously whipped back in time to 1743. She survives by her wits and puts her medical skills to good use as a healer. Claire meets Jamie Fraser (Sam Heughan), a rough diamond in a kilt who happens to be rather sexy and of course there are plenty of shirt free shots. You really don’t want to see her husband ever again after she hooks up with Jamie and it’s very disappointing when he appears in her life again in Season Two. The action shifts from Scotland to France in the second season and I’ve found it quite difficult to get into and have stopped watching. I think it’s a mix of irritation with Claire who has become increasingly annoying and the fact that Jamie looks a lot less sexy in French costume vs his kilt. I’m going to give it another whirl though.

Film : I didn’t watch many films this month bar Network, the frequently referenced  70’s movie. It has a great cast with Faye Dunaway, William Holden and Robert Duvall and the core of the movie centres on the pursuit of doing whatever it takes to get those ratings culminating with an assassination on live TV. Ah the ethics, the drama. Funnily enough this film was sadly bang on in regards to the shambles that broadcasting has become, let alone reality TV. The characters shouted an awful lot but apart from that factor I really loved this and realised more classics are in order. And let’s not forget the 70’s and the fashion. Faye Dunaway was obviously divine and wow she really had a dream run back then.

Books :  Music & Silence by Rose Tremain was this month’s read with interconnecting stories in the Danish Court and beyond, circa 1629. The story is lyrical and deserves to be read slowly and in parts was delicately beautiful.

Music : Summer tunes are on their way. What are they? I don’t know but it’s time for a 2016 playlist.  I am liking Blood Orange a lot though. I’ll also compile a new music French playlist in time for Bastille Day.

Fashion : Les Soldes (sales) are here with a vengeance and great deals are to be had and many stores are  now on the third mark down. I’ve bought a few new summer items when the price was right but tried to purchase only needed items rather than variations of what I already have. I’m quite happy with my silver sandals and a white shirt dress with black polka dots that makes me feel a little more put together than usual, even in the heat. 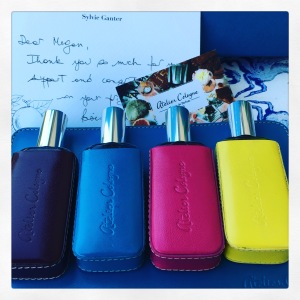 Perfume : This month I won a perfume prize on Instagram from Atelier Cologne. Yes excitement reigned. I’ll do a Quick Sniff review of the five perfumes and also a GIVEAWAY of one of them.  I just need to decide which one. What’s been hitting the skin this month? Well I’m sounding like a broken record but perhaps there’s a small addiction going on here with Fleurs d’Oranger from Serge Lutens as I’ve been wearing it for a few months now. Another Lutens that has been casually sprayed about is 5’0 Clock Gingembre that finally works in the hot weather. It didn’t really do much for me in winter but now this tart spiced tea that skews a little masculine is perfection. I feel an exploration of ginger perfumes coming on. 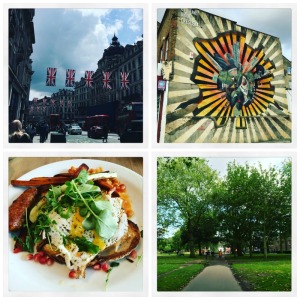 Travel : A few days were spent in London in June for a project I was involved with and Taste London was a highlight with delicious food with spices galore (one of the things I miss most about living in France where they leave the flavouring to the herbs) along with some trendy English gin and New Zealand wine. Wellies were required even though it was summer.  You also couldn’t escape the referendum vibe. Houses were showing their colours with remain or leave posters in their windows just a couple of days prior to the vote. I also love a good breakfast and a particularly hearty one was had (see the picture above) that beats a croissant any day.

My mother was a huge fan of yoga and mediation classes in the 70’s and 80’s that my younger self found hilarious. I still remember the chants. Well I’m not laughing now and am searching for the modern version i.e. a good meditation app without the robot voice. Any recommendations?  Let me know if you came across anything interesting last month – TV, film, books, music, perfume, food or if you went anywhere uplifting, bizarre or odd. … And have a great July, don’t get sunburnt and safe travels.

3 thoughts on “June Favourites : The Winner Was A Quick Trip To London”