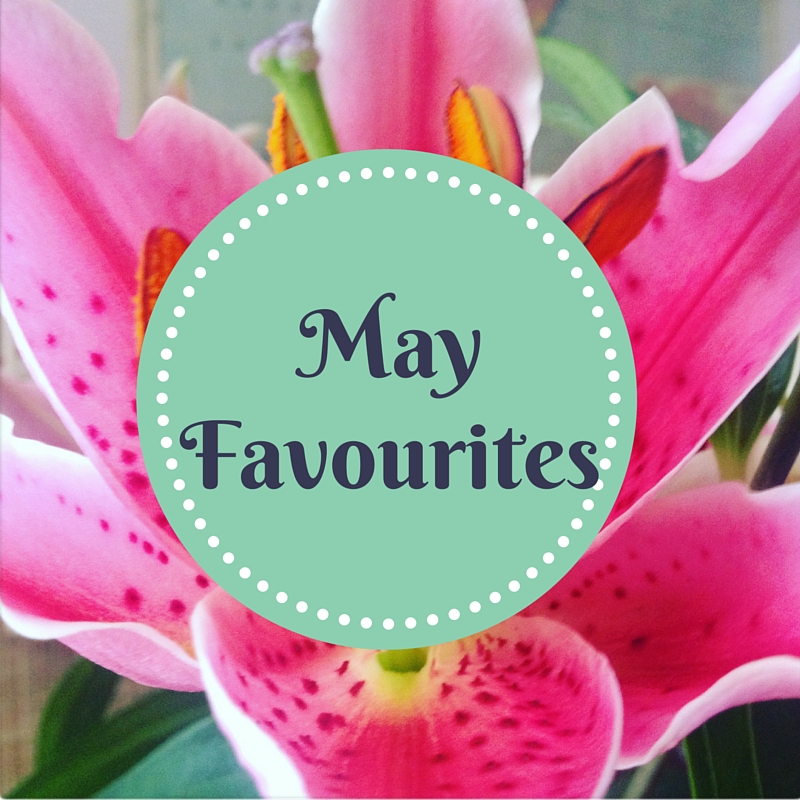 One thing about posting favourites for the month is that it illustrates just how quickly the year is whizzing by. May has seen the tourists start to arrive in Sainte Maxime and it’s definitely heating up but still fairly mild. That’s a good thing. If any readers are thinking of visiting the Riviera I would recommend May and June when it’s not too crowded. July and August are not advised. It’s sticky hot and heaving with people. Without further ado, here were a few of my favourite things in May.

TV : Marseille, the first French production made by Netflix arrived and I will say that I expected a little more. This does not reach House of Cards stature by any means. However it was thoroughly enjoyable and good for the French practice and it was also great to see a different city on the screen other than Paris. It looks like there will be a second series so we’ll see how quickly Gerard Depardieu‘s character (the mayor of Marseille) will make a recovery. 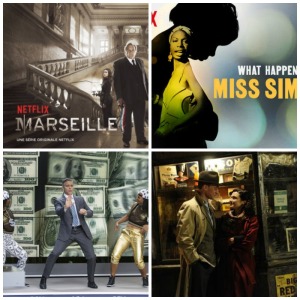 Film : The Nina Simone (aka Eunice Waymon) documentary entitled What Happened Miss Simone  is a   fascinating look into the ups and downs of her life, the racism she encountered and her embrace of the fight for black rights. And of course that voice. I adore her singing, but she never planned to use her vocals. She worked towards being a classical piano player. That was her dream. Well worth watching.

I also saw a Version Originale film, Money Monster, directed by Jodie Foster. I wouldn’t probably choose to go and see this movie if it wasn’t a rarity for the cinema to screen a film in English. However it was not bad viewing, and George Clooney as always was eminently watchable and he has great chemistry with Julia Roberts, as they did on the Oceans films.

A little gloomy perhaps but The Deep Blue Sea with Rachel Weisz and Tom Hiddleston (will he be the next James Bond?) captured the despair of a love affair coming to an end. Perhaps not for everyone, and not much really happens but I liked the mood of the movie. The film depicts London in the early 1950’s, coloured in shades of brown when war damage is still highly visible. At its heart this is a very lonely film.

Books :  Yes I read a couple of books this month. It felt great to get back into reading and I plan to power through many books this summer. Bad Girls Perfume by Sarah Colton is a rollicking read about various bad girls and the perfumes they would wear. I’ll do a better review shortly. Sarah’s book release in Milan at Esxence was a lot of fun – Beyoncé was blaring and prosecco was on hand.

All The Light We Cannot See by Anthony Doerr is a beautiful book and has won numerous awards and is very touching. Set in World War 2, the story focuses on two characters, a blind French girl and a young German boy with a talent for fixing radios. Their paths eventually cross and it’s rather poignant. It’s an easy, fast read, well written and perfect for a holiday.

Music :  I’ve listened to the new Radiohead album A Moon Shaped Pool a lot, while everyone else probably has Beyoncé’s Lemonade on overdrive. I do like that album too by the way. In fact it’s the first Beyoncé album I’ve warmed to, probably due to who she has collaborated with and her angry mood.  OK back to Radiohead,  I’m a little obsessed by their music. I’d describe the album as having a touch of downbeat world-weariness with some beautiful flourishes hidden in the gloom. I love track eight, The Numbers that pays a small debt to  Serge Gainsbourg circa Historie de Melody Nelson. The album hasn’t topped my favourite Radiohead album In Rainbows but it’s still good.

Fashion : Let’s just say that at the Cannes Film Festival the best outfits were trouser suits on the gals in my opinion. I really don’t like frou frou frocks that much and most of the dresses at the awards are a little boring and really it depends who is wearing it as well. Cate Blanchett could pull off a frou frou frock but not many can. Here’s Charlize Theron and Susan Sarandon wearing the pants on the red carpet.

Perfume and Smelly Interludes : Angel Muse and Adjatay were worn frequently this month. Along with Fleurs d’Oranger and Black Orchid for a bit of oomph. Plus I’ve been testing the works of  some American perfumers that I haven’t tried before. One point on the to do list this year was to smell the creations of  American indie perfumers. So I’m on my way. Fleurs by Livvy is a natural line of perfumes that are light and pretty and I’ll have Quick Sniff Reviews coming soon. Dawn Spencer Hurwitz’s line is another that I will be getting to know better. The first perfume I’ve tried of hers is Rendezvous that is very good and will be reviewed shortly.

I’ve been smelling Stargazer Lillies and the smell of rain with humidity on the earth is always a great scent too. A wide range of stinky French cheese is housed in our terribly old fridge (probably a health hazard) and it’s been particularly stinky of late with some extremely pungent camembert.

Travel : Cannes day tripping, walks on headlands and exploring nearby villages has been the order of the day. I did a great walk around L’Escalet near Ramatuelle which is a beautiful trek. I highly recommend this walk if you make it to these parts – you must be OK with nudity though.

I can’t sign off without mentioning the tragic shooting in Orlando this week. The worst mass shooting in America’s history. I can’t really get my head around the fact that you can buy assault weapons in the States. Much love to all of the families and friends of the victims, who were simply having a night out at a LBTG nightclub. Plus the football violence in Marseille is abhorrent.  There’s just so much anger everywhere, ready to erupt.

Anyway on that note let’s sign off. Let me know if you came across anything interesting last month – TV, film, books, music, perfume…. And have a great June (what’s left of it) and safe travels.

PS : My next post will have a GIVEAWAY from Dusita Parfums. You can read more about Pissara Umavijani the creator of the perfumes here and if that tempts you come back and win a set. She is now giving away five sets so you have a good chance to get hold of one.

Notes : Images : All images Megan In Sainte Maxime except : the images for film, TV and music from the home source and Charlize Theron : pinterest.com : Susan Sarandon : honeynine.com.au