So Day Three at Pitti Fragranze rolled around far too quickly. There was a small earthquake in Florence  that morning, although large enough to wake me around 3am. An early wake up call if you will. You can also read about my scent adventures on Day One and Day Two.

As well as meeting the more established perfume houses and trying their new offers at Pitti, the event is also about discovering new blood. There were so many brands and stalls at Pitti that I knew it would be impossible to get around them all. So it’s the packaging, the person, or something intangible that lures you in to smell their wares.

One of the new perfume houses I first noticed was Angela Ciampagna, an Italian artisanal brand. Their bottles with a circle attached to the cap stood out and immediately grabbed my attention. Angela revealed that the circle signifies the rose window of the cathedral of Atri, her home town. You can really feel the love that goes into this brand. Talking with Angela I had the feeling that these perfumes were like children to her, very special and close to her heart. The range is crafted in small batches and the overall feel to the brand is Mediterranean with a twist. There are seven perfumes in the collection and three were standout for me. Liquo is a lovely liquorice bundled in hay. Aer is a vetiver infused grassy aromatic perfume that intrigued me and Hatria is a rose oud and caramel combination.  Hatria is more than a cut above other fragrances with a similar note list.

With so much focus on naturals in perfumery it makes a change to celebrate the chemicals used in creating our beloved juice. Nomenclature is the new perfume brand founded by Karl Bradl from Aedes de Venustas and Carlos Quintero, working with perfumers Frank Voelkl and Patricia Choux. The naming of the range is inspired and originates from Latin meaning “the act of naming, the system, set of terms or symbols used in a particular science, discipline, or art.” There are four fragrances in the range – iri_del, adr_ett, orb_ital and efflor_esce. iri_del an urban, chic iris aldehyde was my pick. It’s sleek, contemporary and gives off a don’t mess with me vibe. It utilises iris concrete and irone alpha the primary molecule of iris. The packaging is sleek and matches the scents with their futuristic bent.

Baruti is a Dutch perfume house founded by Spyros Drosopoulos. The kaleidoscopic designs on his stand caught my eye. The perfumes are influenced by the dreams of Drosopoulos and after sniffing his perfumes my hands down favourite was Chai. I like perfumes inspired by drinks – coffee, tea and booze. And this one was one of my favourites – rich, warm, dense and spicy, it conjured up Indian chai although the other perfumes in the line are also worthy of attention. One was cheekily entitled No Oud (smells like oud but contains no oud) and that would make him one of the more honest perfumers at Pitti!

ALTAIA has a great back story. The founders of Eau d’Italie, a husband and wife team of Marina Sersale and Sebastian Alvarez Murena have launched a new brand with the acronym for A Long Time Ago In Argentina. While unearthing their family history in Argentina they found that their illustrious ancestors were involved in business together.  In fact Marina revealed that Sebastian’s descendant was the first president of Argentina and her ancestor built the first railway. This gave them a starting point for their new fragrance line. There are three perfumes – Don’t Cry For Me, By Any Other Name and Yu Sōn. Of the three I enjoyed Yu Sōn the best. Marina said this scent was inspired by her and Sebastian’s love story. It’s a lovely fresh fragrance centred on orange but also has a little spice and green tea too. 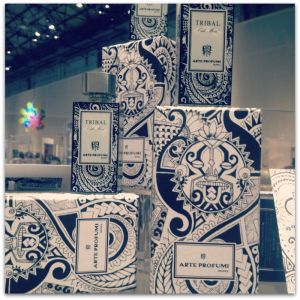 Arte Profumi, an Italian perfume house based in Rome was launched in 2013 by owner Michele Iannone, his wife Monica (pictured) and sister Mariagrazia. The range covers classic perfume themes (amber, vanilla, sandalwood …) delivered with flair, passion and power. Michele took me through the range and was patient as I wanted to smell each and every one. Ecclesiae, a church incense and Harem Soirée a fantastic loved up ambergris and rose were my picks. Their new release at Pitti was entitled Tribal, and oak moss, tonka and patchouli are central in its construction. It has a gentler tone than other fragrances in the line but it’s another lovely addition to the range and worth seeking out. 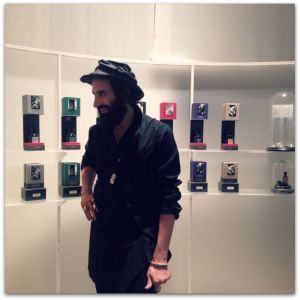 We’re still on an Italian tour here and next up is Meo Fuscuini created by Giuseppe Imprezzabile. The mood of the brand is dark and interesting. While I hadn’t heard of the house previously it launched its first perfume in 2010. At Pitti I enjoyed Odor 93, the newest release. It was a perfume with a strong personality featuring tobacco, tuberose, incense and tobacco. I admit I’m going from memory as I didn’t pick up a sample but it was my favourite from the collection. 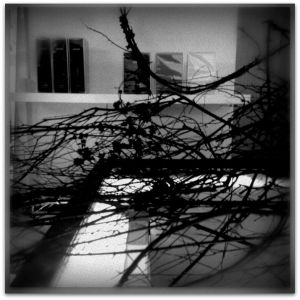 At Pitti I finally had the chance to smell the UNUM range. I really fell for Opus 1144 and its gorgeous blend of vanilla, sandalwood and citrus. If you like Shalimar but can imagine a silkier version then you will no doubt like Opus 1144. Of course without doubt it’s LAVS that’s the standout of the collection. It’s a full blown ecclesiastical incense with the credentials to back this up as founder Filippo Sorcinelli makes vestments for Pope Francis. There is consistency across the range that is clearly apparent when the perfumes are smelt in succession. These are all high quality, well crafted scents. Special mention must be made of the display at UNUM that was a real talking point with the mist that surrounded the perfumes.  Apologies for my photo that really doesn’t do it justice!

Other perfume houses I visited were not new by any means but I’d wanted to sample their wares for a while. Chief amongst these were Farmacia SS Annunziata one of the oldest apothecaries in Italy. I knew they had a hardcore patchouli – Patchouly Indonesiano. And yes it was a rough and rewarding version – not miles away from actual patchouli oil. I tried many from the line and they have a solid appeal combined with their  strong heritage. There were four new releases that were ‘Concentrato’ or strengthened concentrations of four popular perfumes in the line. These were Chia (vanilla gourmand), Nero Incenso (greenish incense), Hyle (marine fresh), and 450 (ambered iris). 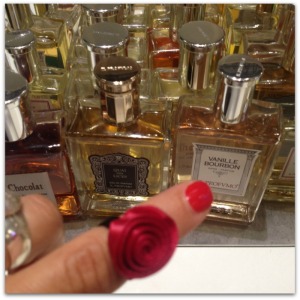 Another Italian perfume house that I stumbled upon was Il Profumo, created by Silvano Casoli. There were many fragrances in the collection so it was a little overwhelming. My sweet tooth did fancy their Chocolat, Chocolat Amere and a touch of Cannabis. The newest perfumes in the range are Black Dianthus, Quai Des Lices, Voile Blanche and Cortigiana. Voile Blanche was the one I wanted to try as it was inspired by fond memories of summer days in St Tropez. It’s a light, airy floral that I could actually imagine wearing in that strange little town that oscillates between tiny fishing village and opulent bling town. Il Profumo had one of the best promotional tools around. They produced a scented ring, that although a bit gimmicky, was very fragrant and I couldn’t help sniffing it once on my finger. Many people commented on it during the day.  A really simple but clever idea.

Frapin was on show at Pitti with their new release The Orchid Man. I have to confess I was new to the range although I had read about the perfumes.  Nevermore stood out to me as being a little stranger than others in the line.  A weird, modern metallic masculine rose that’s worth trying again. Orchid Man takes its inspiration from Georges Carpentier, the French boxer, rugby player and actor nicknamed ‘The Orchid Man’ in the USA. This perfume deserves more time on skin but on first wearing it came across as a light floral with a touch of leather. 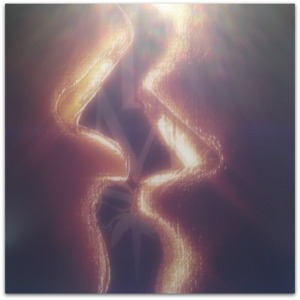 I’d read a lot about LM Parfums but had never had the chance to smell them until now. It’s a brand with a dark, fetish club aesthetic which has a certain appeal. I smelled many of the perfumes and I didn’t take samples so to be fair it’s difficult to remember them all. Hard Leather was the talk of the town a while back but it’s not something I’ll be rushing to add to my collection. It was a little too unrelenting for my tastes but I know it has a lot of fans. I did take a shine to Ambre Muscadin and Patchouly Boheme though. They were full bodied and embarrassingly sumptuous. The new release Sensual & Decadent will be available later in the year with listed notes of lisylang, rhubarb, heliotrope, labdanum, oud, vanilla infusion and benzoin. 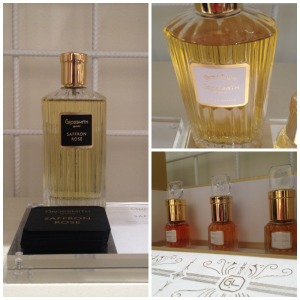 And the last two items are included because they have new packaging but also because they are firm favourites.

The Brookes from Grossmith were in attendance at Pitti. Grossmith is a true family affair. Simon and Amanda along with their two daughters Eleanor and Kate are the team behind this resurrected perfume house.  Eleanor has recently redesigned the packaging and the updated look was a finalist in the Luxury Packaging Awards in the UK.

The Puredistance team is always professional and fun to be around and like Grossmith they had new packaging. The boxes for Antonia and Opardu are coloured to match the tone of the perfume with accompanying ribbons. Their perfume White that was released at Esxence is still one of my favourites of the year.

And that was a wrap of Day Three. Next in the Pitti Fragranze 2015 updates will be snapshots of the seminars I attended.

Note : A version of this article previously appeared on Ca Fleure Bon by Megan In Sainte Maxime