I’ve been fascinated by Björk ever since I first heard her distinctive wail of a voice in Icelandic band The Sugarcubes.  The track Birthday was played relentlessly on my cassette tape.  Her voice was instinctively brilliant with a growl and bite.  I saw The Sugarcubes perform in London eons ago and it’s the only time I’ve seen her live. I loved her of course, but the male singer in the band liked to shout over her and it became a duel that was unnecessary.  It was crystal clear that she was the one with the voice.

I haven’t loved everything she’s released but it goes without saying that she is a brilliant artist, pushes boundaries and is a beacon of creativity. She’s back in the spotlight with her new album Vulnicura that was hurriedly released due to the perils of internet leaking.  This seems to be a bit of a happening thing recently, with Madonna also suffering the same fate with songs from her album Rebel Heart.

Vulnicura has lashings of heartfelt inspiration behind it, like so many other albums and songs.  Yes it’s a breakup album documenting the split from long term partner Matthew Barney.  It covers the pre break up period, the split and the aftermath. This is one personal album.

Björk’s music can be chillingly beautiful invoking wide barren landscapes and nature’s beauty.  At other times it’s challenging and jarring, and feels disconcerting as it knocks you sideways. She always provokes an emotional response with her music, good and bad, but it’s always an interesting place to be.  What I unfailingly love about Björk are the beautiful images she uses on her album covers.  They have always been brilliant and still are. 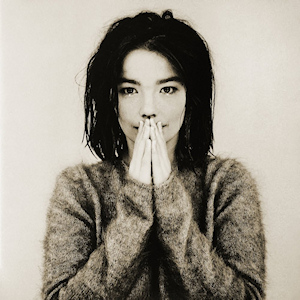 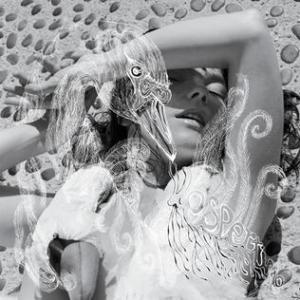 The artwork at the top of the page is from her latest album Vulnicura and is by Dutch creatives Inez + Vinoodh.