Viktoria Minya is a young Hungarian perfumer based in Paris.  She launched Hedonist, her first perfume under her own brand in 2013.  It is a gorgeously ripe, lush peach of a scent and was much beloved by reviewers.  Its appeal is enhanced by a covetable blinged up bottle with coloured crystals.

Eau de Hongrie is Viktoria’s modern take on  Eau de la Reine de Hongrie.  On an historical note, Eau de la Reine de Hongrie was the predecessor of what we know as Eau De Cologne, created by Queen Elisabeth of Hungary way back in the 14th century.  Viktoria’s modern interpretation is also inspired by the Hungarian dessert wine Tokaji Essence.  Eau de Hongrie is encased in a wine bottle, perhaps breaking a category code here on the packaging front.  I’m not sure what I think of this yet but it definitely will have shelf presence like her Hedonists.  I have to say that she certainly is talented at creating noise on two fronts.   Her perfumes AND the bottles get column inches and in the crowded niche market this is just what you need to get your brand to stand out. But let’s get to the perfume shall we?

Eau de Hongrie opens up rich and full bodied from the get go with a distinct personality.  I like that.  Almost immediately it projects an oriental lushness.  There is blissed out jasmine and a nectarish honey along with something fruity in the mix.  It’s gooey and fairly sweet.  The opening bizarrely reminds me of Alien from Thierry Mugler a little but this is primarily due to its forceful nature and the jasmine fruity feel, so if you hate Alien please don’t let this put you off.  Fairly quickly, the Tokaji wine makes an entrance.  Now I haven’t actually tasted this wine before but this is definitely the note that is giving the perfume something quite distinct. It’s boozy but with a spicy tinge.  It is delicious!

Immortelle, tonka and sandalwood work to give this perfume some heft and I think you will need to like Orientals in addition to a bit of sweetness to love this. I’ve worn it a few times now and the part I like the most is the Tokaji wine element and the spiciness. I also love immortelle, although it’s not as overt here as it is in the gorgeous Sables by Annick Goutal where it feels like it has been spread thickly, like the gung ho way a child spreads Nutella on toast.  In Eau de Hongrie the maple syrup like scent  has a lighter touch.  The sillage isn’t huge on this and drops in volume fairly quickly but it has average longevity and I can still smell it four hours later which for me is pretty good.  I think I annoyingly have what is known as ‘scent devouring skin’.

Eau de Hongrie conjures up feelings of warmth, sensuality and joy. It’s not a real va va voom fragrance or an overtly sexual perfume, but it does have a bit of a sexy edge.  I was trying to think of an actress who embodied this and first off I thought of Monica Bellucci but to be honest she’s a perfect fit for  Hedonist with her classic beauty that oozes sexuality. So as I was watching The Fall (Brit serial killer drama with Gillian Anderson and Jamie Dornan – soon to be the famed Christian Grey) last night, an image came into my mind of Archie Panjabi the English actress who plays a minor role in this.  You will definitely know who I’m talking about if  you watch the unmissable The Good Wife.  If you haven’t yet been captured by its brilliance, go on give it a whirl.  I only started watching it last year as I was a bit put off by the title and the fact that it was another courtroom drama, but I was surprised by how quickly it reeled me in.  And Archie Panjabi is definitely one of the great characters on the show.  She has also had some juicy big screen roles in films such as Bend It Like Beckham, The Constant Gardner and A Mighty Heart.  She always livens up the screen and steals the scene with a sexy warmth coupled with intelligence. Anyway she is a good example of a modern woman who embodies the facets of this scent.  I can imagine her wearing this as well. 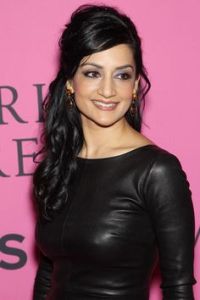 I’ll write about all three Hedonists in the near future but in feel Eau de Hongrie is far removed from the other two new perfumes.  In fact it shares a more common bond with the original Hedonist than the other two perfumes that are linked by name.  You may find Eau de Hongrie a more easier, approachable relative of Hedonist.  It is one that you won’t need to save for a special occasion to wear.  If you like a lush Oriental I think this is one that you could wear often.  Hedonist, somehow feels more like a going out, special event sort of perfume and I think the allure of the bottle with all of its bling bling connotations adds to this. In feel there is nothing ‘eau’ about this one.  Don’t let the inclusion of this word let you believe that this is a light Eau de Cologne style perfume – it’s nothing of the sort.  Spray this and prepare to take on the world with a golden glow.

The Low Down : A sweetly warm, honey nectar and Tokaji wine perfume.  It has a spiced golden glow with a warm sensuality and a bit of an edge.  4 étoiles

You can buy samples of Eau de Hongrie and the full size 100ml bottle on the Viktoria Minya website.  There is also an option to buy all four of her perfumes in a sample size for 15 Euro.

Ratings Guide : 5 étoiles: Masterpiece and a must buy : 4 étoiles: Seriously fabulous and a must try : 3 étoiles: Solid work but lacking that something extra : 2 étoiles: Just not my cup of tea : 1 étoile: Back to the drawing board

(NB: étoiles is French for stars)